Chen Yifei was born in 1948 and studied art in high school. During the Cultural Revolution, many political leaders, including Mao, took a liking to his work and contracted him to create many works to further the political cause of the party. For example, in 1949 he was commissioned, along with another painter, to create a work depicting a student who had tragically died in a flood while attempting to save timber from being washed away (Andrews 1994; 346). It was decided by top members of the Cultural Revolution that he would be depicted as a national model for selfless sacrifice. As Chen grew older, he moved away from creating such political pieces and became more Westernized — often painting musicians, dancers, or landscapes. I would like to create an exhibition that shows, through his work, this transition away from political propaganda. I would also like to place each painting in the context of the political climate at the time. Correlating the time period with the changes in Chen’s subjects will allow me to analyze how the historical events at the time influenced Chen’s ideology and his motivation for creating art. Toward the end of his life he became increasingly commercial, opening restaurants and creating a successful fashion line with another painter/designer (Tsui 2010; 189).

I would like to highlight one of Chen’s works, Thinking of History at My Space (1978), as the pivotal work in this transition. It is a self portrait that depicts Chen staring at a mural which shows times of adversity in Chinese History. It gives the feeling that Chen understanding the political influence of his work and debating on whether or not it is moral and he should continue. Finding the connection between Chen’s artistic/ideological changes and the historical events of the time period will not just teach us about Chen’s evolution, but about the evolution of Chinese art and politics as a whole. Chen Yifei. Thinking of History at My Space. Oil on canvas, 1978.

The People’s Heroes Monument in Tiananmen Square is located in Beijing, China. The monument contains bas-reliefs around the base which represent important historical events throughout China’s history. Some of these events are the Wuchang Uprising, Nachang Uprising, Successful Crossing of the Yangtze River, May 30th Movement, etc. Although these bas-reliefs are beautiful pieces of art, they follow a common idea with the involvement of socialism in China. The monument “was a cultural production that addressed present political needs: affirming the legitimacy of the Chinese Communist Party (CCP), rewriting China’s turbulent history according to a carefully scripted Marxist text, and establishing the regime’s control over the nation’s collective memory”(Hung 2001, 1). The monument itself is a fascinating representation of the heroes who fought for national independence, however there is the political side of the monument which correlates to the ideology of socialism. The bas-reliefs are social realistic which is important to note while looking at the progress and transformation Mao Zedong established in China.

Each of the bas-reliefs with their own representation of an important event in China’s history can be carefully analyzed to the core of their meaning and the connection to socialism. It is important to acknowledge the monument’s purpose to honor those who have died, however what would there be a different perspective if part of its creation was to be a tool for the government? During the rise of the communists, “all artists in China were compelled to adhere to the party line of art. During the 1950s, this meant adopting Soviet-style “social realism,” an overtly didactic art style that promoted communist ideas”(Hyer and Billingsley 1). I will analyze the monument as a whole, which includes the encryption of Mao’s hand writing at the top and the social realistic bas-reliefs surrounding the base. Upon finding the full underlying or obvious meanings of each element on the monument, in what ways do they tie with the socialistic ideologies Mao established in the progression and transformation of China? 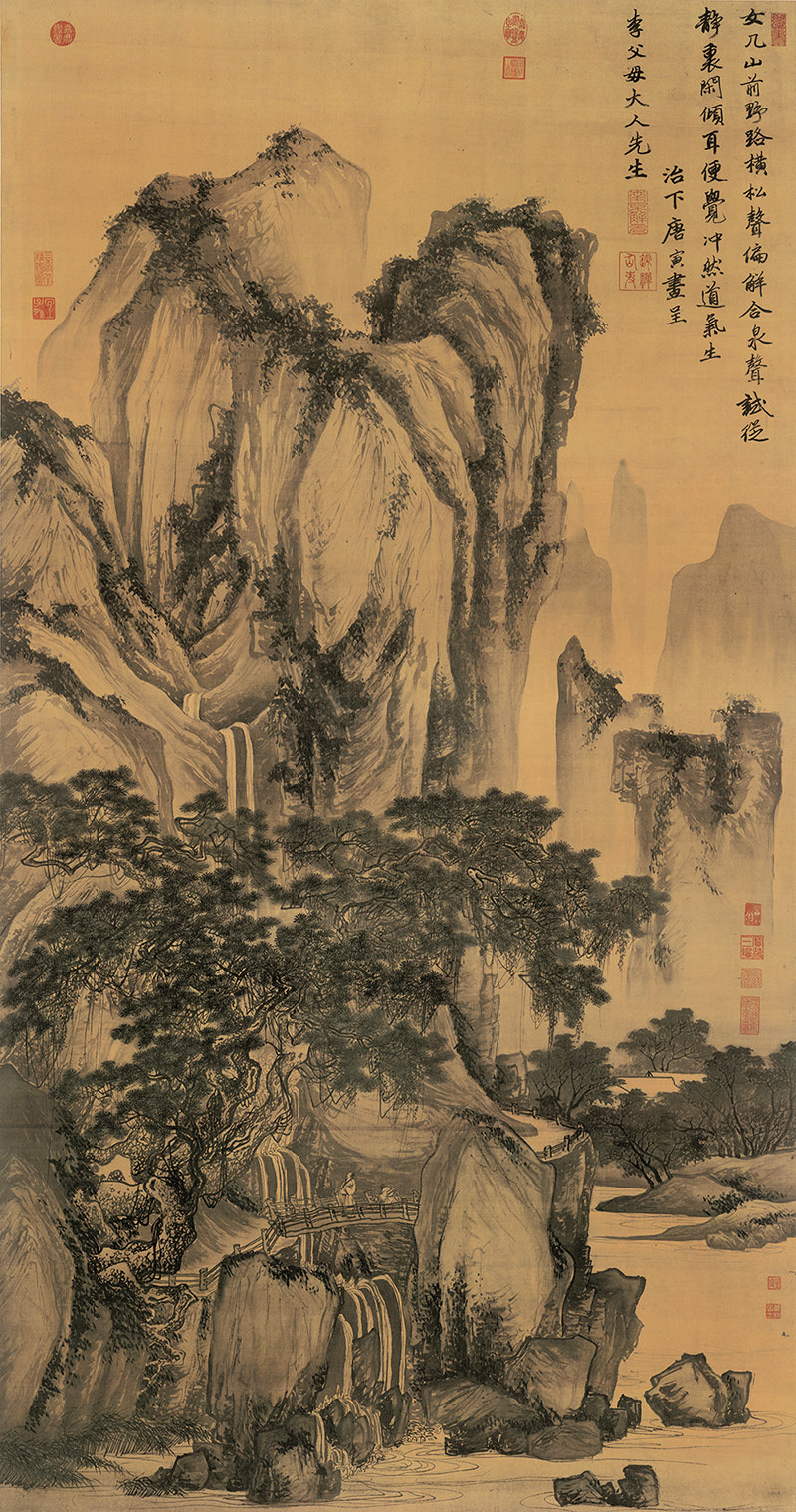 My exhibition will showcase landscape paintings of Pu Ru. Pu Ru was one of the few artists who continued to work in traditional Chinese style in the 20th century. He was a praised painter and calligrapher. He was heavily inspired by Ming dynasty artists such as Tang Yin. After the Manchu dynasty was overthrown, the artist left the Beijing palace and moved to the monastery in the mountains, where he spent fifteen years studying. Later he fled China and moved to Taiwan, where he continued his artistic and academic work. However, he often remembered the Western Hills monastery with nostalgia and later in his life repeatedly referred to it in his paintings. In my exhibition, I want to explore the relationship between traditional Chinese art and how Pu Ru interprets it. I want to showcase different and similarities, as well as works that served as an inspiration to the artist.